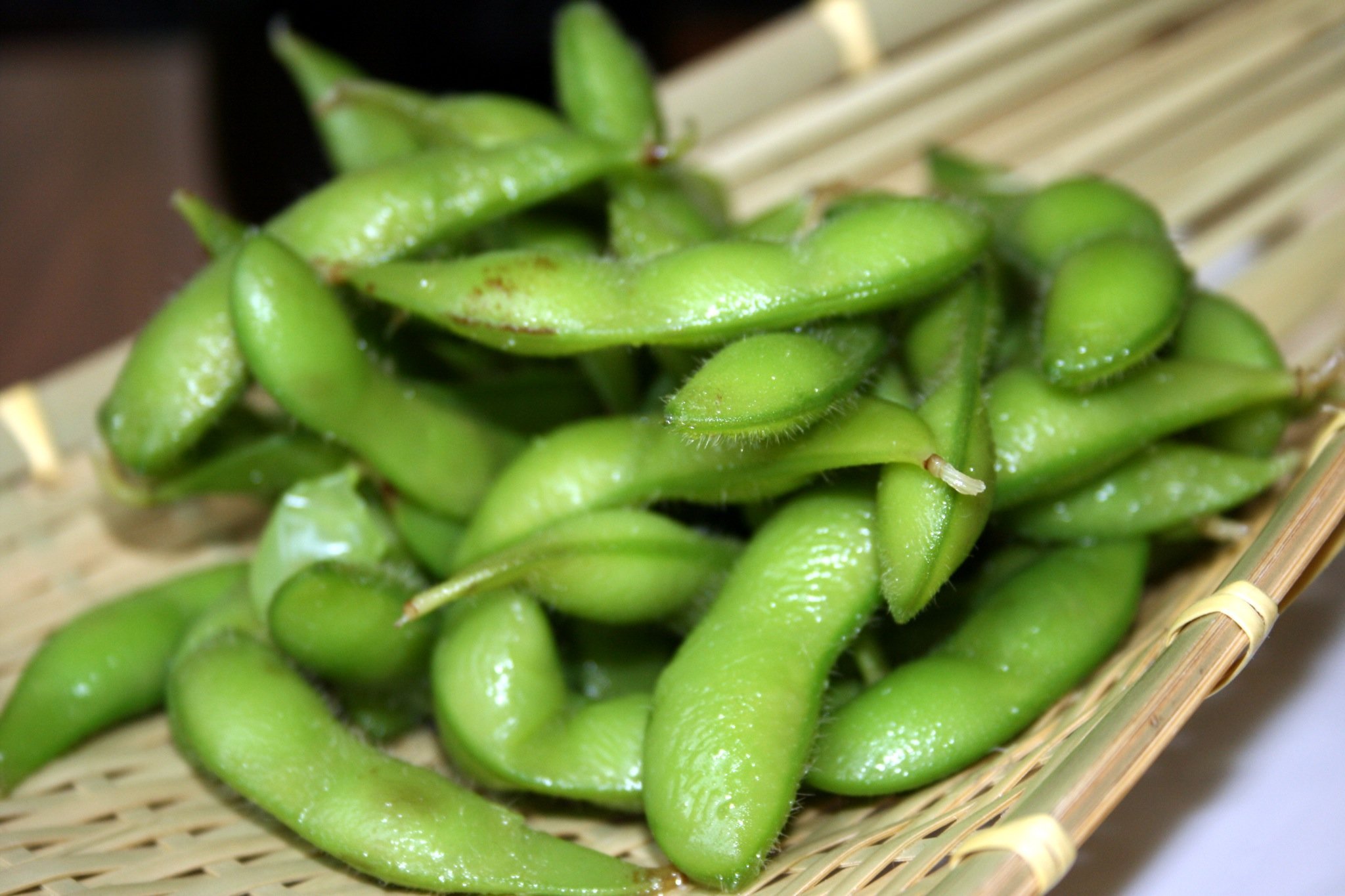 Found mostly in Japanese cuisine, Edamame is actually out of the shell edible soybeans. If you translate the word ‘Edamame’ in English, you will find out that it means ‘beans on branches.’ Edamame is a powerhouse. They are packed with high-fiber, protein, and a moderate amount of calories that make it a perfect ingredient for a snack or an appetizer. One cup edamame inside the shell contains 190 calories, 17 grams of protein, and 8 grams of fiber. Considered as a dietitian’s dream, it is a perfect source of essential and healthy nutrients for everyday meals.

Things to consider when buying Edamame

Edamame is relatively easy to find at your local stores and vegetable markets. When buying, check, and make sure that the pods are firm and plump. In addition to that, avoid any pods that seem to be shrunken, yellow, or shriveled. Then, store the fresh pods in the refrigerator and consume within 2-3 days. If you wish, you can also purchase frozen Edamame from grocery stores.

Discussing Edamame without its nutritional factor is of no use. Reason being that it has all the essential nutrients that your body requires daily. Since they are highly nutritious, Edamame often becomes the cornerstone of plant-based diets thanks to the high-level of proteins. In fact, around 15% of the bean is protein. Furthermore, they also contain all of the nine important amino acids and are amongst some of the vegetables that happen to do so.A

The beans are loaded with polyunsaturated oils as well, including omega-3 and omega-6 chains.

Furthermore, they also contain vitamins such as K, A in abundance, and folate and are rich in Iron, manganese, and calcium. They are high in fibers as well but are not easily digestible. On the one hand, where Edamame features several essential nutrients, there is a downside towards it as well. The presence of phytic acid will prevent the digestive system from the uptake of nutrients.

Soybeans grow on long stems in bunches, similar to haricot or broad beans that grow in the form of bush beans as well. These plants can grow up to six feet high and will normally take a long time to grow, especially if they are planted during the cooler months of the year. If you want the best results, plant them in late spring under a sunny spot. Similar to legumes, the plants of Edamame are nitrogen-fixing. This means that the roots produce nitrogen. Therefore, when the plant has stopped giving fruit and has died, the nitrogen can be dug back into the soil, which will keep it healthy.

How do I eat Edamame?

If the beans are still in the pod, then put the pod inside your mouth and bite or squeeze the beans from the pod. However, make sure that you do not eat the pod. You might have thought as to why you cannot remove the beans from the pod. The simple answer is that you have gone through all the trouble to cook them and add salt to give a taste. Therefore, you would not want to ruin the overall experience of eating. Keep a plate aside to put all your pods in after you have removed the beans from inside.

You can add Edamame to several snacks and main meals as well. Once you have cooked them, the beans could be used either shelled or unshelled to make a range of dishes that are both wholesome and flavorsome. For instance, you can prepare a simple snack quickly by adding rice vinegar and sea-salt to unshelled Edamame, which is cooked already. You can eat them straight away or chill them in the refrigerator for later. If you happen to be a fan of fresh salads, you can add cooked beans to boost the protein levels in addition to whipping them in salsa or spicy dip.

Can I store the Edamame?

It is important that you chill the immature fresh pods; otherwise, they will not enjoy a very long life. You can put them in a container and store them in the fridge for up to three months. Furthermore, Edamame beans can also be pickled in salt solution and vinegar, blanched and kept in sealed jars for long-term storage. If you observe that the beans have turned brown in a pod, it means that they are not the immature beans as they were before and cannot be consumed or digested.

Some scientists were able to find out that soy protein features properties that can lower the density lipoprotein or, in other words, ‘bad’ cholesterol levels in an individual’s blood.

Furthermore, the authors that had conducted a study in 2017 suggest that soy may also help with cardiovascular health through its fiber and antioxidant content. Consumers will also find out that soybeans are a perfect alternative to full-fat dairy products, which helps them improve their cholesterol levels.

Several studies have suggested that consuming soybeans may also help with cognitive weakness, usually with age. Investigations in the past have found that soy isoflavones might help with thinking and cognitive functions such as verbal fluency and nonverbal memory. However, a study conducted in 2015 on 65 people with Alzheimer’s disease was unable to prove the findings.

Furthermore, in 2015, a meta-analysis was conducted, and it was concluded that soy isoflavones might help with cognitive functions after menopause.

To conclude, several studies have supported Edamame in terms of being beneficial to the body. One cannot deny that Edamame is indeed rich in fiber, proteins, Iron, and calcium. However, since there is a presence of phytic acid, make sure that a moderate amount is consumed and not excessively.